In recent months I’ve begun to explore Montreal’s ever growing music scene thanks in part to a generous opportunity offered here at Rreverb as a contributor. Thus far I’ve had the pleasure of meeting more than a few talented folk adding to the city’s vast musical originality. One such group I’ve been fortunate enough to cross paths with is Young Critters, a fresh new face quickly ascending into prominence due to their upbeat mixture of modern rock and subtle yet distinct funk undercurrents. Formed in Spring of 2016, members include Shaun Pouliot on Vocals and rhythm guitar, Nicolas Martel on lead guitar and back up vocals, bassist Maïko Despeignes and drummer Patrick Bureau. Already supplied with a steady amount of gigs around greater Montreal and an increasing repertoire of original material, Young Critters are poised to become a stand out name in the future of Montreal’s independent rock community.

I first became aware of the newcomers about a month ago while enjoying a few beers at Montreal’s lively Saint-Sacrement pub where I ran into Shaun by happenstance. After a brief yet energetic discussion about music and live performances he told me about his band and information of a show to be played in the oncoming weeks. An impromptu jam session passed later in the evening where I got a first hand glimpse of the talent possessed by just one fourth of the band. In a nutshell, Young Critters deliver a high energetic and dance worthy quality highlighted by jazz fusion guitar riffs and complex yet radio friendly vocal melodies.

With influences such as Jack White, Arctic Monkeys, Royal Blood and the Red Hot Chili Peppers it becomes evident where their captivating blues and funk inspired pieces come from. They also hold an impressive repertoire of accomplishments in their short time as a band, having already released an EP and performed in some of the city’s most prominent indie rock venues. In their first year alone they’ve showcased the Landmarks Events Festival, an organization based around artist development and the exposure of up and coming independent musicians, and also entered the Ominum du Rock contest, an annual battle of the bands competition occurring throughout Quebec where they took first place among 120 other acts.

Their first EP, titled, “Sedate Me,” was released June 7th, 2017 at Divan Orange, a local stand out known for its consistent exposure of independent artists. The seven song compilation serves as a charismatic introduction to who the band is and what to expect of their stage presence. The album includes three singles, Brighter Eyes, Wild Ones, and Sedate Me, which already have videos to their names. The biggest takeaway from a personal standpoint is the consistent use of complex time signatures often snuck unexpectedly into mainstream ready riffs. Brighter Eyes, for example, begins with an upbeat Arkells like chord progression but removes itself from the all too common 4/4 or 2/4 time frame found among many songs of the same genre. It switches from slow groove in the verses to head bobbing dance beats in the chorus, and suddenly reverts back to slow vibe during the bridge. The EP is perfectly arranged to lure both a casual audience and your typical indie hard-cores. Remaining catchy from track one to track seven, its inventiveness is only heightened by Shaun’s highly ranged yet pop friendly vocal style.

Many of the points mentioned above no doubt come off as extra complimentary, but the willingness to offer such praise comes with reason. I was fortunate enough to witness them first hand at Montreal’s famous La Vitrola venue where five bands were chosen to compete out of well over a hundred. The winner would receive a spot to perform at Toronto’s upcoming Indie Music Awards, a great opportunity for on air exposure. Although the title was awarded to another group, Young Critters delivered such an energetic and tight performance that many of the attendees gasped in disbelief as their name wasn’t called. Constantly together and never missing a beat, the complexities of their pieces never hindered their ability to perform them live. The only misfortune was the shortened set and pressure of competition. I will certainly be sure to catch their next show in Montreal and suggest the same for you by keeping track of their Facebook page updates.

Not enough can be said about this new addition to Montreal’s independent scene in one article so I urge readers to take some time to listen and follow along while Young Critters rise to notoriety. Hidden gems such as these certainly possess the ability to further the reach of the city’s already significant influence on popular culture. Make sure to check out them out the next time they announce a show and be sure to remain supportive of not only Montreal’s rising scene, but that of the rest of the country. Cheers and see you next article 🙂 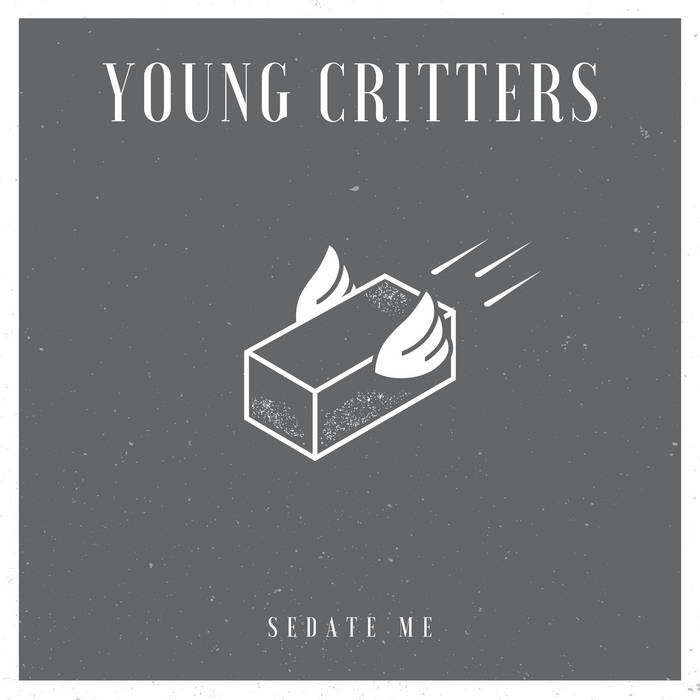 -Genre: Indie Rock/Alternative Rock
-In the same genre as Arkells and Arctic Monkeys