For an album with so many writers involved Martha Wainwright has pulled off a bit of a coup here, managing to corral a herd of disparate sounds and personalities together and deliver a record of diversity and warmth.

Songs written by brother Rufus, Glen Hansard, Merrill Garbus, (tUne-YarDs), Beth Orton and a co-write with aunt, Anne (McGarrigle) half sung in French all add up to a heady brew that reaches several highs and never fails to entertain.

Her trademark idiosyncratic voice, which is very much to the fore,  is always going to leave some people unmoved but there should be something here for almost any music lover such is the breadth of ideas and sounds on offer.

Opening track ‘Around the Bend‘ wittily details pot-smoking, pill-popping days of yore while confessing that basically she’s been going just a little crazy. It’s not the only time mental health is addressed on the album.

‘Franci‘ , ‘everything about you is magical’ is a soft-rock paen to her son explaining how he got his name. It’s the first of two songs dedicated to him, the second ‘Francis‘, written by brother Rufus celebrates both parenthood and sibling love.

‘Traveler‘ pulls off the clever feat of ‘borrowing’ parts of the melody from the McCoys/ Merseys, Bowie hit ‘Sorrow’ and inserting it into a country song while allowing it to retain it’s soul roots.

And on it goes, jazzy torch songs, theatrical numbers that would sit comfortably in Broadway shows, discordant indie rockers; Wainwright delivers them all with verve and style. What could easily have been a mess of a record, is instead a tour-de-force. By knitting the various strands together and turning them into a cohesive, enthralling whole Ms.Wainwright demonstrates she has a future even more exciting than her already colourful past.

Just what will she deliver next I wonder? 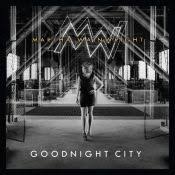